Vision
To be the leader in the quest for the best treatment to End-Stage Renal Disease.

Mission
To provide the global market with innovative Peritoneal Dialysis (PD) products and systems that address the challenges in renal treatment and improve the quality of life of patients.

We will ensure that our PD products and systems provide significant economic benefits to renal treatment and return to stakeholders.

Mr. Joseph E. Dadson is the former co-founder, Chairman, and Director of R&D of Medionics International Inc. (1976 to 1997). Acting also as Technical Administrator, Mr. Dadson successfully implemented innovative programs (administration, R&D, clinical operations in kidney dialysis, and kidney transplantation) for the Nephrology Department of the Toronto area hospitals for over 10 years. Mr. Dadson, a member of the Professional Engineers of Ontario, holds a baccalaureate degree in Electrical Engineering and has further pursued post-graduate studies in Biomedical Engineering. Mr. Dadson has been recognized several times as a prominent Canadian business leader, with awards for business excellence from the Government of Canada, the Province of Ontario, the Town of Richmond Hill, and the Town of Markham. As a pioneer in the field of renal studies, Mr. Dadson’s considerable contributions to dialysis modalities, his reputation with nephrologists, and his worldwide contacts are unmatched.

Since setting up Medionics in 1976, his first commercial venture in the development and marketing of proprietary peritoneal dialysis systems, Mr. Dadson has introduced numerous products which have become an essential part of today's PD standards. Mr. Dadson co-founded Newsol in 1997, where he continues to invent and innovate PD products as the company's Chief Scientific Officer

The leader in the quest for the best treatment to End-Stage Renal Disease. 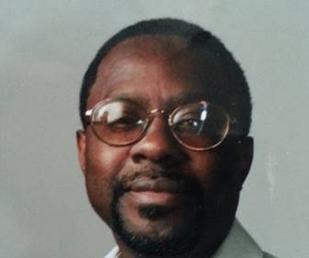 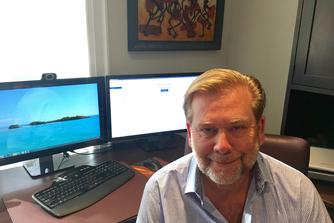 Robert is a businessman/entrepreneur who has been involved in various ventures since receiving his degree in computer programming & analysis in 1980. Starting his career as a computer programmer during the early '80s, Robert made his mark with accounting firm Woods Gordon/Clarkson Gordon. He then moved on to start his own business, offering contract computer programming and consulting. In 1992, Robert founded Jewelstone Systems Inc. which became a large enterprise with 130 staff and annual sales of more than $20 million by 2002, when it was purchased by AGF. Shortly thereafter, Robert moved on to become the founder and current President of Random Technologies Canada, where he now works with inventors of medical products; providing capital, business & legal expertise, and infrastructure & accounting services to assist in bringing various products to the marketplace.

As the major shareholder in Newsol Technologies, Robert has taken the position of President & CEO, and is actively involved with the development and business team to bring the SmartPD™ System to market. Robert is also an active member of the community, having volunteered in various Christian organizations including the Toronto Evergreen Centre for Street Youth and the Yonge Street Mission. He has also taken numerous humanitarian trips to Africa with World Vision,

Robert also started his own Canadian registered charity and was instrumental in building a children's home in Belize, Central America.

Newsol Technologies Inc. was founded in 1997. Mr. Joseph E. Dadson (View Bio), a co-founder, is a professional engineer who has been at the forefront of innovations in dialysis technology. Mr. Dadson’s extensive technological and entrepreneurial experience in the development of peritoneal dialysis instrumentation for the management of ESRF led to his development of the Automated Peritoneal Dialysis (APD) machine and other essential PD products, which have revolutionized dialysis therapy for patients with kidney failure.

Newsol’s product line, the SmartPD™ System, is yet another major step forward for Mr. Dadson, and presents a major advance in this field. It is an outcome of over 25 years of dialogue and collaboration with seasoned nephrologist specialists, passionate about peritoneal dialysis, with extensive peritoneal dialysis treatment experience. The SmartPD™ System is a fully developed portable & computerized integrated APD machine, complete with associated disposable accessories for the treatment of ESRD.

This innovative machine provides full data management capability to revolutionize PD therapy for patients with kidney failure. It is significant enough to influence and control the future direction of new peritoneal dialysis products, the treatment, and the economics, and may assist in making PD the first choice of dialysis treatment in the targeted markets and in the emerging countries where PD growth is substantially above average. The technology and its applications are both protected by extensive global patents.

Mr. Bourne has over 25 years in research and development at both the basics and applied level having performed this function in national labs and in established and start-up companies.  He has an intimate and in-depth knowledge of Newsol’s technology, having played a key role in formulating, drafting, and executing its IP strategy and in the development of the current model.  For the last 12 years, he has been responsible for managing the commercialization of novel technologies developed at the National Research Council of Canada, including telecom applications, new materials, and new processes. Orson now devotes all of his time and effort to help bring SmartPD to the marketplace.

View on Mobile
Back to top